The Seat of My Pants

Everyone has their own writing process.  You'll often hear writers talk about whether they're a plotter or pantster.

I fell into the former category.  The first short stories I wrote and the first book I wrote all had lots of notes and outlines and lists.  I even went so far as to do a storyboard for the book.  I changed the heroine's picture later because I found someone who looked more like I thought she looked.  But I digress. 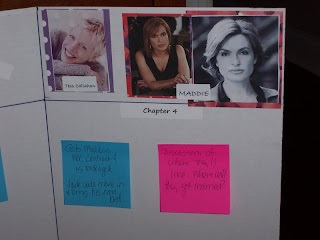 This story was mapped out chapter by chapter.  The blue sticky notes were the hero's POV; the pink were the heroine's.  I could move things around if I needed to thanks to the wonders of 3M.

That method worked for that book.

And it worked for a lot of short stories.  But last month I wrote and submitted a story and by golly I did something different. 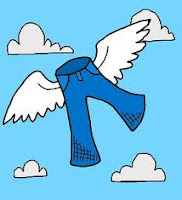 I flew by the seat of my pants.  Well, not totally.  I had a few notes with the characters' names and ages and a general idea of the plot (two people end up booked into the same mountain house at the same time).  But beyond that, I really didn't have much of an idea what was going on.


I just started writing.  And by golly the story took me places I hadn't imagined.  The characters ended up being different than I'd originally planned, especially the hero.

A couple times I had to backtrack a bit and write myself out of a corner.  But the really amazing part was that this writer, who used to struggle to hit the minimum word count for a story, ended up with 700 words too many!  I had to go back and cut the equivalent of almost three pages.  I discovered I apparently have a love affair with the word "just."  50 of the 700 I cut were probably "justs."

But the whole process was FUN!  And it was surprising and revealing and by golly I think I'm going to try it again for the next short story once I figure out what that story is going to be about.  I saw the phrase "the new normal" in a book I was reading and think that may be something worth pursuing.

So... writers, are you plotters or pantsters?  Or are you one of those hybrid plotzters?  Have you switched from one to the other method and lived to tell about it?